Ending Burnout is committed to facilitating the accessibility and usability of its website, endingburnout.com, for everyone. Ending Burnout aims to comply with all applicable standards, including the World Wide Web Consortium's Web Content Accessibility Guidelines 2.0 up to Level AA (WCAG 2.0 AA).Ending Burnout is proud of the efforts that we have completed and that are in-progress to ensure that our website is accessible to everyone.

If you experience any difficulty in accessing any part of this website, please feel free to email us at info@endingburnout.com and we will work with you to provide the information or service you seek through an alternate communication method that is accessible for you consistent with applicable law (for example, through telephone support).

Qigong is a Chinese term that means ‘energy exercise.’ These exercises are usually sets of specific motions or patterns of breath that cause energy (qi / chi / ki ) to move through the body in a particular way or specific location. These movements often cause energy to move through an acupuncture meridian or meridians. In effect, you are giving yourself an acupuncture treatment.

Qigong comes in many flavors

There are many different types of Qigong: medical, martial, intellectual [Confucian], and spiritual. There are both Buddhist and Daoist forms of qigong.  While most qigong forms have been around for a long time, some  forms are known to date back thousands of years – the Mawangdui tombs [200 BCE – 9 BCE] contained diagrams of qigong movements.  The same movement could be done in a number of different ways – qigong can be done standing, sitting, or lying down. Motion, or lack of motion is another possibility: some forms are completely still (except for breathing), most forms include movement.

There are something like 300 major schools of qigong in China, and each school may have many qigong forms.  In America, Tai Chi Chuan is the best known form of qigong. Originally Tai Chi was a martial art, today it is rare to find a teacher who teaches the martial portion. Most people only practice the slow, graceful choreography of Tai Chi for its health and anti-aging effects. There are numerous studies showing the health effects of Tai Chi.

Which kind is Dragon & Tiger?

Good question.  Shaolin is a Ch’an Buddhist temple, and movements 4 & 7 can deliberately include a component of compassion – the Buddhist concept ‘metta’ (maitri).  On the other hand, the energetics and movement patterns are clearly Daoist – the form is full of twists and spirals. While the form does have martial application and it comes from a temple famous for martial arts, its overall purpose is to heal, and it is taught as a way to heal one’s body, emotions, mind and spirit. So, in modern terms it is medical qigong. In classic terms it is Daoist qigong.

This website uses cookies to improve your experience while you navigate through the website. Out of these cookies, the cookies that are categorized as necessary are stored on your browser as they are essential for the working of basic functionalities of the website. We also use third-party cookies that help us analyze and understand how you use this website. These cookies will be stored in your browser only with your consent. You also have the option to opt-out of these cookies. But opting out of some of these cookies may have an effect on your browsing experience.
Necessary Always Enabled
Necessary cookies are absolutely essential for the website to function properly. This category only includes cookies that ensures basic functionalities and security features of the website. These cookies do not store any personal information.
Non-necessary
Any cookies that may not be particularly necessary for the website to function and is used specifically to collect user personal data via analytics, ads, other embedded contents are termed as non-necessary cookies. It is mandatory to procure user consent prior to running these cookies on your website.
SAVE & ACCEPT 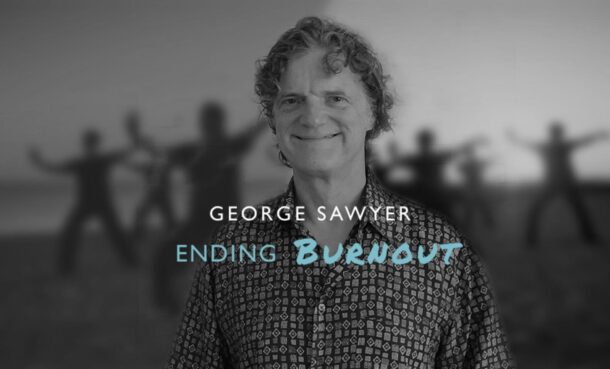 Stop the cycle of working yourself to the burnout state.

Sign up for my newsletter to stay informed of new classes and methods for maintaining your peak performance.

You have Successfully Subscribed!